Disturbing new details of a Canberra school placing a 10-year-old boy with autism in a cage have come to light, as the case spearheads an investigation by the United Nations into potential human rights violations of 55 students with disabilities across Australian schools.

While the boy's parents do not wish to make a public statement and do not want their son's identity or school revealed, Fairfax Media can confirm that the boy was forcibly placed in the cage on a handful of occasions early last year.

On one occasion he struggled so violently to get out of the cage – which was 2 metres x 2 metres in size and constructed out of metal pool fencing – that he broke the lock.

The ACT Education Directorate has never apologised for the child's treatment, and the family is seeking mediation through the ACT Human Rights Commission over the Education Directorate's isolation of the boy from his peers and his forced transfer out of primary school and into high school this term because of increases in his extreme behaviour.

The case has helped trigger an Australian submission to the UN's Special Rapporteur on the Rights of Persons with Disabilities alleging abuses in a number of schools. Other cases include children being locked in cupboards, tied to chairs with belts, deprived of water for long periods, sat on until they vomited and degraded in front of classmates.

Costa Rican human rights lawyer Catalina Devandas Aguilar, who was appointed Special Rapporteur in 2014, invited Australian families to make a formal submission to the UN in April after meeting Brisbane-based co-convener of the Autistic Family Collective, Briannon Lee, in Geneva. The submission was delivered in June with input from a range of disability advocates, who believe the human rights violations taking place in classrooms are so serious that international action is warranted. 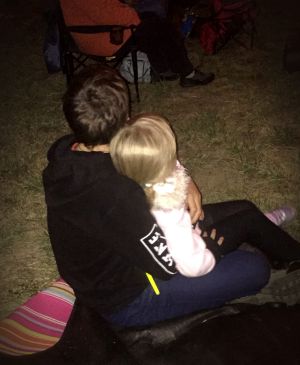 Parental permission was not granted to restrain this
Canberra schoolboy in the 2m x 2m cage. Photo: Supplied

Ms Lee said Canberra's now-infamous autism cage, which hit national headlines in April last year, had "opened the floodgates in terms of families reporting examples of abuse" and the Canberra family at the heart of the cage incident have contributed to the report.

Recent revelations by a former ACT support worker that she was regularly asked to tie the hands of a grown woman with a disability has also prompted disability groups to call for a royal commission into violence, abuse and neglect of people with disability.

The UN would not comment on the Australian cases while it considered the evidence. But a formal report from the global human rights watchdog has the potential to shine an international spotlight on the practices of the ACT Education Directorate and education departments across NSW, Victoria, Queensland, South Australia and Western Australia, where allegations of child harm have surfaced.

Of the 55 Australian children alleging abuse, 93 per cent had been diagnosed with autism and 78 per cent were boys.

The range of human rights violations identified include 19 children being neglected through a lack of any educational plan, being left for long periods unattended, or being placed on reduced attendance.

The use of physical restraints among children was widespread, with 32 reporting being held down with belts or chairs, or being sat on or held down by a member of school staff.

A further 28 students report being detained in unsuitable structures which were referred to as "time out" or "calm rooms". These included spaces such as cupboards, storerooms and disused buildings with windows blacked out and lights turned off.

Families reported an extensive range of injuries resulting from this practice, including bruising, cuts and abrasions and vomiting. Longer-term injuries included severe anxiety, sleep issues, refusal to go to school and in some cases, post-traumatic stress disorder and suicide attempts.

Ms Lee said the most alarming findings of the report were categorised as torture, where nine students reported abuses including being locked up for long periods in extreme temperatures without access to water.

There were also 34 reports of cruel, inhumane and degrading treatment in which students were made to stand in front of the class while being verbally abused; being physically removed from educational settings in front of classmates; or did not have personal-care needs attended to.

While 98 per cent of parents had taken their complaints directly to the school and 58 per cent had escalated that to education departments, parents were overwhelmingly dissatisfied that their concerns had been addressed.

And despite two Senate inquiries last year condemning restrictive practices and educational neglect of students with disabilities, the group has warned that a lack of nationally consistent reporting and data collation on abuse has hampered attempts to guarantee standards of education and care.

Autism student in cage, now isolated and transfered from school

The ACT Education Directorate has defended its decision to isolate the child at the centre of the autism cage scandal from his classmates and to transfer him to high school early, saying it had to balance the rights to a safe environment for students and staff.

The now 12-year-old student was locked in a cage on a handful of occasions in early 2015, to deal with his extreme behaviour.

In May this year he was moved to a separate building at his primary school and has now been transitioned to high school six months early, despite the concerns of his family.

Fairfax Media understands the family have sought the intervention of the ACT Human Rights Commission and is awaiting mediation with the directorate.

Meanwhile the case, and that of 54 other instances of possible human rights violations of students with disabilities, is also being considered by the United Nations.

In a written statement, the ACT Director of Student Engagement Jacinta Evans said "the Directorate understands the concern of the family and the community interest in the matters that have been raised. As the complaint is presently the subject of formal consideration, and possible conciliation, by the Human Rights Commission, it would be inappropriate for the Directorate to respond to the specific questions regarding the substance of the complaint, the students or the school."

Ms Evans said both the rights of staff and students to work and learn in a safe environment had to be balanced in this case.

The move to isolated the boy came after nine incidences in which he had hurt 15 people since the start of the year.

Ms Evans said "If the safety of staff or students is compromised, it may be necessary to make alternate classroom arrangements for particular students, including accessing a variety of individualised learning spaces, and supervised contacts with their peers."

On the directorate's decision to transfer him to high school ahead of his classmates, Ms Evans said "while changing schools can be challenging, after some transition time most students prefer to settle into the new environment permanently, rather than have to manage two different environments over an extended period of time."

The directorate had provided a formal response to the Commission over its decision-making in relation to the child and was awaiting further communication.

Autism cage timeline: from Canberra classroom to the United Nations

Over the next 17 days a 10-year-old boy with autism will be placed in it on at least a handful of occasions. On one occasion he struggled so violently to get out that he broke the lock.

March 27: The structure is taken down after the ACT Human Rights Commission makes a complaint to the Education Directorate.

April 2: World Autism Day and Education Minister Joy Burch holds a press conference to announce that an "inappropriate structure" is at the centre of the inquiry. Over the next few days the story will make headlines across the nation and internationally.April 1: An internal inquiry is launched and expected to report within a few weeks.

September 8: Directorate's internal inquiry finally issued 182 days after the cage first went up. Principal is removed from her position after being labelled the sole instigator of the cage.May 1: Terms of reference are announced for an inquiry into students with complex needs and challenging behaviour to be headed by emeritus Professor Anthony Shaddock.

November 18: Professor Shaddock presents his findings, calling for major reform of the territory's schooling system, including an urgent review of funding for students with special needs, training for teachers and aides on the front line and far greater support for principals trying to balance staff safety with potentially violent student behaviours.

November 25: Under sustained questioning from the Opposition, the directorate reveals eight bureaucrats were also sanctioned over their role in the cage affair but none lost their jobs.

January 19 2016: After a string of ministerial mishaps including the handling of the cage inquiry, Joy Burch resigns as Education Minister.

April 2016: Co-convener of Autistic Families Australia Briannon Lee travels to Geneva to meet with the United Nations Special Rapporteur on the Rights of Persons with Disabilities to discuss the influx of serious abuse cases flooding disability advocates in the wake of the cage scandal. Costa Rican human rights lawyer Catalina Devandas Aguilar invites Australian families to make a formal submission.

May: Boy at the centre of the cage scandal is isolated from his classmates after an escalation in his challenging behaviours.

June 2: The roll-out of the Shaddock reforms is revealed to be problematic for the directorate with its first oversight report showing timelines not being met, meetings not being attended, expertise not being available and information being double-handled. Just two of 50 recommendations are met.

June 20: Submission on abuse delivered to the UN.

June: ACT Human Rights Commission is notified of the boy's isolation and invites the directorate to mediation with the family.

July: Boy at the centre of the cage scandal is moved into high school six months ahead of time to manage his behaviour.